Trafficking and prostitution in Ireland is a double game 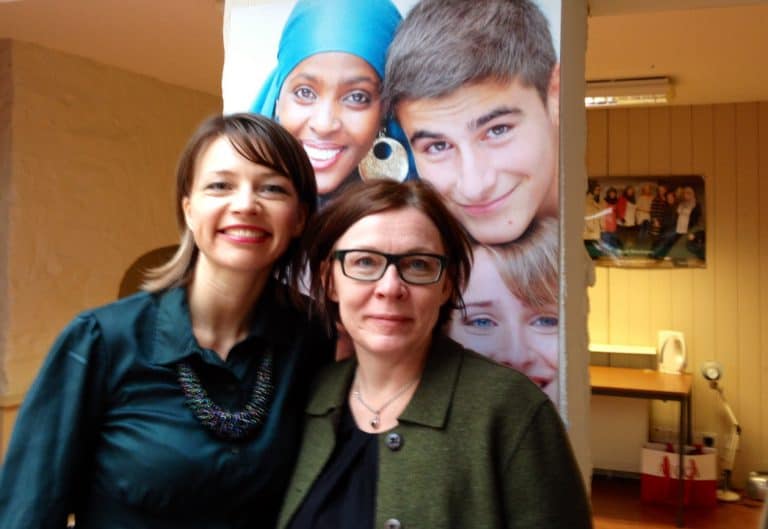 “Are you free for the brothel scene (in revealing outfit) for Love / Hate? Filming in Dublin. ” “No,” I answered quickly and hurried to work.

On the eve of the conference called Stop traffic! I was employed as a translator from English to Russian in Ireland. The meeting turned out to be extremely interesting – they discussed the current problems of fighters against human trafficking in different countries, including Cyprus, Bulgaria, Finland and Ireland.The Immigrant Council of Ireland has been working for many years to combat human trafficking and, in particular, the smuggling of women allegedly into Ireland to work, which later end up in brothels.

They share the results of their activities today at a conference in Dublin. For several decades, feminists in various countries have searched for methods to combat prostitution, believing that women enter the sex industry often as a result of financial hardship, drug addiction, exploitation or deception. Attempts have been made to criminalize the purchase of sex services, i.e. prostitution in the country remains legal, but a man who decides to use it is punished. In Sweden, Norway and Iceland, such laws have been successfully implemented for several years. This model is called “Nordic”. In these countries, prostitutes, mainly immigrants, are offered all kinds of support, from shelter, medical assistance and psychological services to language and basic training courses. France voted to pass a similar law last December. Ireland was about to follow, but war broke out among human rights organizations. A couple of months ago, Amnesty International prepared a document “Decriminalizing Sex Work”. It actively uses the term “sex worker” and asserts that the state has no right to infringe on the autonomy of buyers of sex services, as well as violate their “human rights”: to health, non-discrimination, equality, etc. At the same time, it is absolutely out of place people with disabilities are mentioned for whom the services of prostitutes are allegedly vital to enjoy life and strengthen their self-esteem, and the work of prostitutes is compared to that of miners and domestic workers. Society in Ireland has become increasingly involved in the debate on this topic. It is worth remembering the Immigrant Council of Ireland campaign “Turn off the red light” and another, where various Irish celebrities posed under the words “Real men don’t buy girls”. In response, the newspapers began to publish excerpts from the memoirs of escorts with higher education, who deliberately made such a “professional” choice. I recall how amazed a few years ago how easy it is to buy sex in Ireland, where prostitution is prohibited. I translated in a small Irish town for Russians who came to Ireland for work for a few weeks. Their English level was zero, because their profession is not related to the humanities. One fine morning, one of the family men who arrived began to boastfully tell how he, with his lack of knowledge of the English language, managed to call an escort to his room. According to him, he walked past some “office” with images of women in the Irish province. I thought it was a taxi dispatcher, but it turned out to be what I needed. And so he still bargained on his fingers for a private visit to his hotel room up to 100.00 euros. The call girl, of course, turned out to be a foreigner from an impoverished African country. In shock from what I heard, I probably resembled the woman I saw in the courtroom many years ago. The woman was an employee of the Irish Immigration Bureau, escorting two young Moldovan women in white boards. They were detained during a morning raid on undocumented Dublin brothels. The Irish woman sat next to me, with an interpreter, and endlessly repeated: “And, you know, there were quite ordinary, quite decent Irish men, with families and children.” Who’s guilty? The client is always wrong according to the Nordic model. I personally agree with the position of the Immigrant Council of Ireland – smuggling / trafficking in human beings and prostitution are closely related, as if the former prostitutes, and now the keepers of brothels, did not paint the delights of courtesan life in their memoirs. A victim of human trafficking cannot make an adequate choice and needs help and protection. Girls of exotic appearance and Slavic appearance in Irish brothels are natural. I think for the same reason, the agency (where I signed up for fun to participate in extras, hoping to one day hang out on the set with Sean Pen or Johnny Depp), began to contact foreign women for the filming of specific scenes in the popular crime series. Fortunately, I’ll be busy that day.